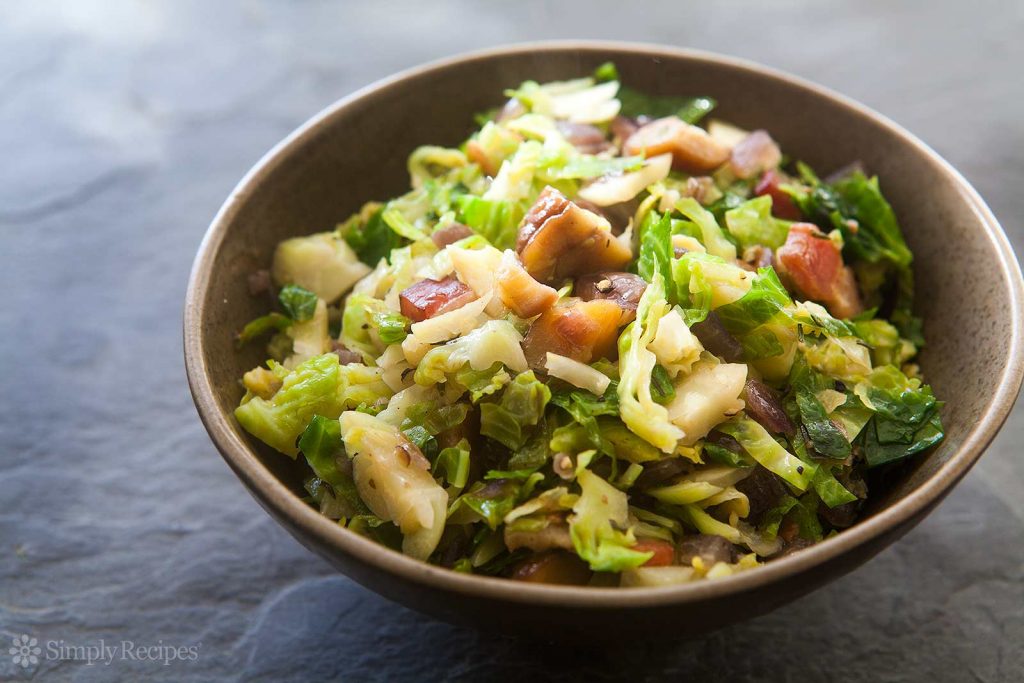 A Christmas odour – the irascible chef

PULLING NO PUNCHES, IN THIS ARTICLE CHEF AND FOOD WRITER ALASTAIR LITTLE PILES INTO THE MOST SACRED OF MEALS, CHRISTMAS LUNCH… WITH SOME LITTLE TIPS ON BRUSSELS SPROUTS…

Christmas lunch can be an assault on the nasal passages, the slightly repellent smell of roasting turkey being over-powered by an all conquering, repugnant, sulphurous stench coming from the obligatory Brussels sprouts being cooked for far too long.

The boiling of members of the cabbage family for three weeks is, along with our judicial system and parliamentary democracy, the main legacies we British left to our former colonies. It is deeply engrained in our culture, indeed in my case; in my psyche.

I still shudder at the memory of school dinner cabbage forty five years after I last smelt it. I could never get beyond the smell and managed to get through eight years at boarding school without ever once tasting it. At the rather Dickensian institution I attended; not eating every scrap of your meal was punishable by death, so to do this on a regular basis required great cunning, courage and subterfuge. Mostly what I did was shovel the slimy mess into an envelope, previously containing a letter from my mother, stash it in my pocket and dispose when it was safe to do so.

Sometime in the late seventies Rowley Leigh, then a trainee chef with the Roux brothers, served me the dreaded sprouts cooked in what he assured me was the ‘French manner.’ They were lightly boiled, then browned in a wide copper pan with butter, lardons of bacon and peeled chestnuts. They were accompanied by a nicely cooked pheasant and were a revelation, earthy yes, but subtle, savoury and not stinking the house out.

I have never served them in any other way since.

Some twenty years later Sharon was telling me how much she would enjoy it if I cooked a turkey with all the trimmings for our first Christmas as a married couple. However she did stipulate that Brussels sprouts were not welcome. Whilst not happy about the turkey, never my favourite bird, I agreed, insisting that the sprouts be re-instated. She loved them.

Incidentally Rowley was incorrect in assuming the method of cooking was French. Eliza Acton mentions a similar method and indicates it was introduced to her during the time she spent in Belgium during the 1820s. Indeed the Belgians still serve sprouts this way and not just at Christmas. There is no evidence to tie their origin to Brussels in particular, but it seems certain that they came to us from the Low Countries, where they are still prevalent with the Netherlands being the world’s largest producer.

A few tips when purchasing Brussels sprouts: Do not buy them until there has been a frost, cold weather improves their flavour. Only buy small ones and if you can get them buy the ‘ready to cook,’ as trimming a big batch can be a chore. Some sprouts are sold still attached to their stalk; this is a curiosity only and just makes more work for you.

Visit the SHOP for a range of Alastair’s legendary dishes, all cooked to order and delivered fresh.

Sign up HERE for irascible chefery at its finest.

We deliver on Saturdays to all central London and SL postcodes - Orders please by 10pm Wednesday. Dismiss